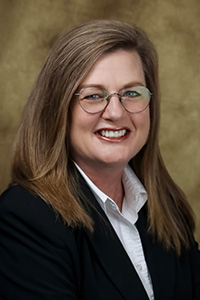 Beth Rush is currently in her fourth term as Ashley County Assessor and in her 13th year in Ashley County government. Prior to taking over the Assessor’s Office, she served as the County Election Coordinator and Deputy Registrar for the Ashely County Clerk.

Since taking office Beth has earned both her Level IV Senior Appraiser and Level IV Senior Administrator designations from the State Assessment Coordination Division of the Department of Finance and Administration in Little Rock, and the International Association of Assessing Officers (IAAO). In 2019 she was appointed by Governor Asa Hutchinson to serve a second term on the Arkansas GIS (graphical information systems) Board as the Arkansas Assessors representative. Beth currently serves as President of the Arkansas Assessor’s Association, following a term as the Board Vice President, Board Secretary and two terms as the District 4 Representative. Her active professional memberships include the Arkansas Association of Counties (AAC), the IAAO including the local Arkansas Chapter, and the Southeast Arkansas GIS (SEAGIS).

Beth and her husband Reuben are lifelong Ashley County residents and are members of the North Crossett First Baptist Church. She enjoys spending her free time with their five children and two granddaughters, in addition to reading, travel and listening to music.